It was a Wednesday. I had to get from Berlin to Hamburg and decided to drive. I found three willing passengers on the web. It was one of those weeks in my life, in which far too much was going on. I couldn’t think clearly, had so much to do, was so swamped that I kept in touch with nobody, was jittery because I kept thinking I’d forgotten something and couldn’t sleep as I kept going through my to do lists in my head. 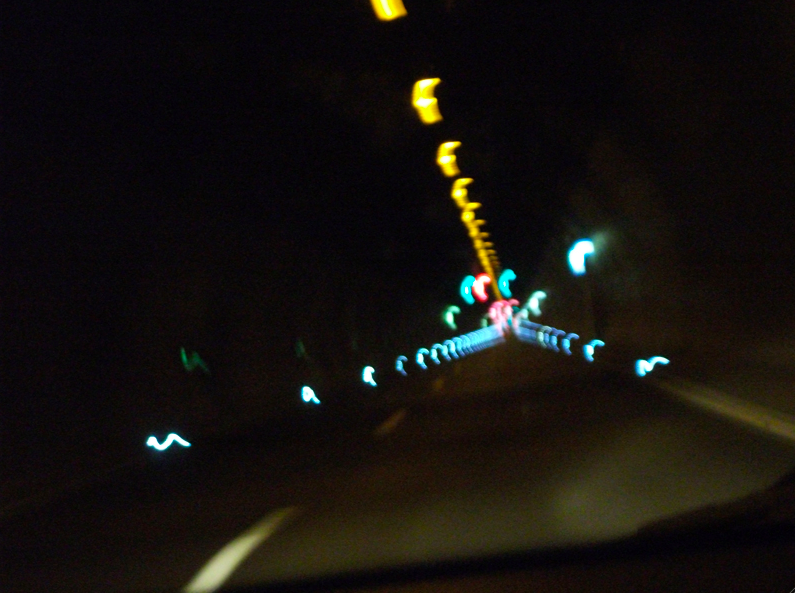 My brain was running at maximum capacity but so overwhelmed that it couldn’t formulate a single stringent thought. I should have just taken a step back and sat down to organise everything. But I had no time. It was 4:30pm and I had to pick up my passengers and head off to Hamburg. The thought of spending three hours in a car didn’t relax me either, I felt I could have gotten so much done in that time. Wasted time. In fact, we wasted loads more time, as, despite my plan to leave early and avoid the end of the day traffic havoc, it took us almost an hour and a half to just get on to the motorway. My plan was ruined, so was my mood, but at least my passengers were nice. They chatted away and didn’t mind listening to my audio book ‘hummeldumm’. But I couldn’t really concentrate on it. We were stuck. Rain, building site after building site, traffic jams, and more rain. I kept thinking to myself: ‘Why today, when I’ve got so much to do and have no time? I wanted to be there by now, doing all those things on my list I haven’t had time for yet.’ I started to tense up. Traffic jams tend to that to me anyways. Having to drive slowly in the rain really annoys me. Finally, the sign: Hamburg 22km. Thank God. Almost there, though 2 hours late. Better late than never though, as the saying goes. Just then, my audiobook ended and I was about to put the radio on, when it went ‘grrrrrrgrgrgrggrgrr’ and ‘kaboosh’.

‘Oh my God, what’s up with the radio? Are my speakers broken?’ I asked myself. Then one of my passengers spoke up…..