Christine, what can we see in your photo?
The 4th leg of my Maledives island hopping trip! I’m on Maafushivaru and I finally found them, the flower-shaped water bungalows! It’s amazing, walking down the pier and seeing these identical huts floating on the sea. My bungalow is number 204. So if you want to come by, I’ll be here between 12 and 5pm ;) 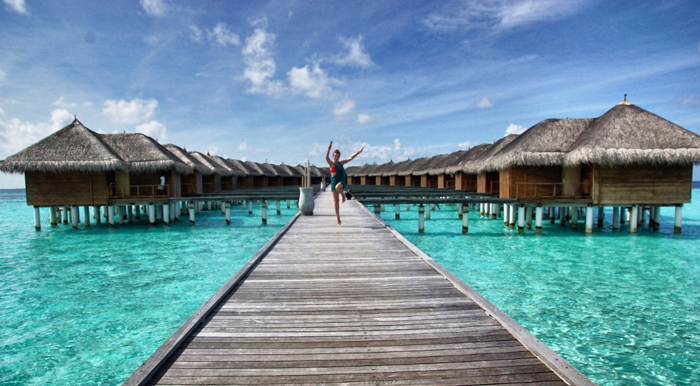 What did you learn today?

The sting ray has something that resemebles a penis, two in fact. The shark whale’s natural predator is the killer whale or the white shark, and Maafushivaru is the best place to see and swim with shark whales.

Which three things made you happy today?

I got to see the BIG FIVE of the Maledives! It was our lucky day!!! I spotted marine turtles, dolphins and sharks in our first week. But I was still missing the sting ray and the whale shark, the biggest fish in the world.

We left Maafushivaru by boat, first to the sting ray lagoon. We had great guides who spotted the rays 10 metres away. Time to put our snorkelling gear on and get in the water. Oh God, I was terrified, but us humans are herd animals and when everyone jumps, I jump too and it was amazing! I swam over a sting ray and he even turned around to look at me! I’ll show you in my Follow me around video. SOON!!! 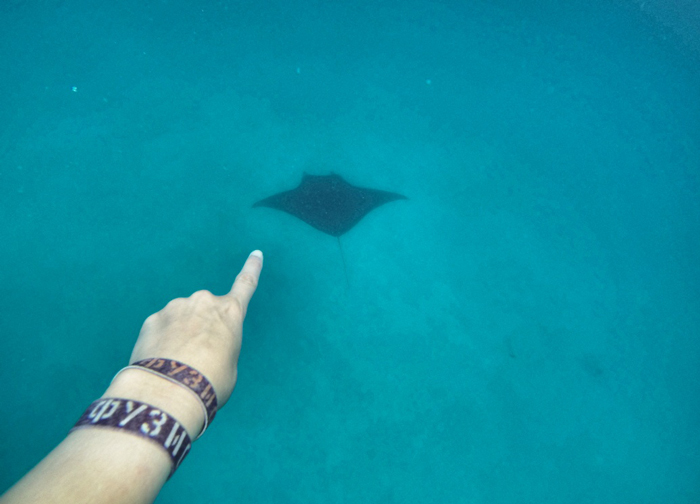 Since we’d been lucky enough to spot a sting ray after only an hour, it was time to head to the whale shark spot. If two days before someone had told me I was going to jump into the open ocean to look at a fish that’s almost four times my size, I’d have called you crazy! But then I thought, hey, it’s a once in a lifetime opportunity, and I asked my Facebook fans if I should do it. The results were unanimous: 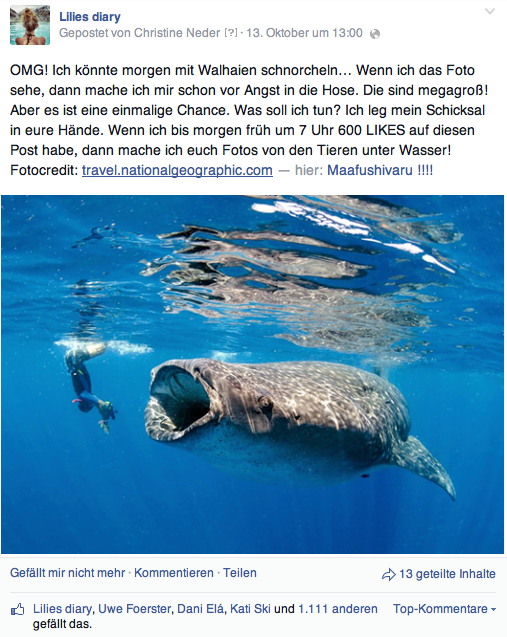 And that took a bit of my fear. After waiting for 45 minutes, the guides gave the sign! Go! I was the second person in the water and the whale shark came straight at me and swam along the reef and I could swim above him for 10 minutes. AMAZING!!! It was incredible. You forget everything around you, except for looking at the beautiful animal and drifting through the sea. I took loads of pictures and I’ll show you all the details in my video! I’m really looking forward to making it! But not until I get home. I need to enjoy my last few days here. But here’s a short extract!

And then I got really excited about an email from Martin, who said after my thousands of photos of the Maledives he was going to go there for his honeymoon. It makes me really happy when I can show people the world and inspire them go make the same amazing experiences!

And finally, it happened! My first time. My first Candle Light Dinner on the beach. And even though I’m usually not very soppy and things like that make me smirk… it was sooooooooo nice! Oh God, look what the Maledives have done to me, a romantic sap, who watches sunsets while holding hands and staring out to sea by candle light.
Question: What was your most romantic moment? 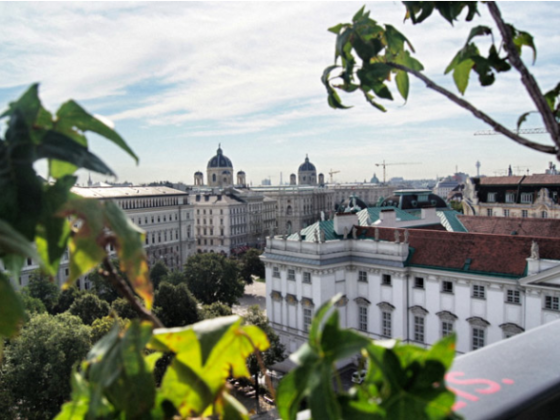 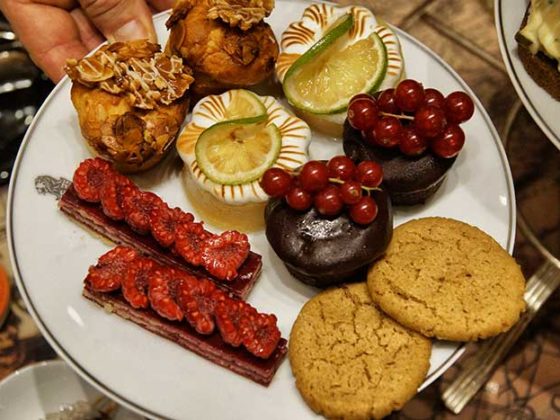