A tiger in your back garden? Kept in a cage? Impossible, we Germans and Europeans would think. Oh, and illegal, at least for us. In Ohio? Legal. Normal. A small exotic animal in your garden is impressive, shows power and status. Taming the wild and subordinating it. 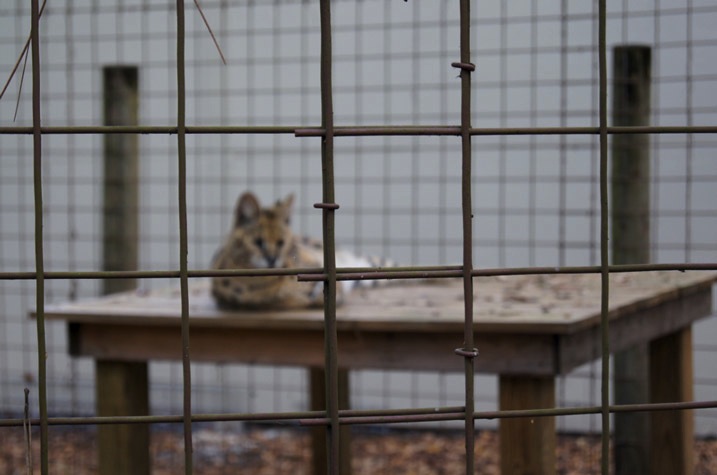 During my week long trip to Florida I was able to visit Big Cat Rescue in Tampa, a centre for mistreated and rescued big cats. Rescued from the fur industry, life in a circus or from those who think it’s ‘cool’ to keep a tiger in their garden and end up quite overwhelmed by the situation. 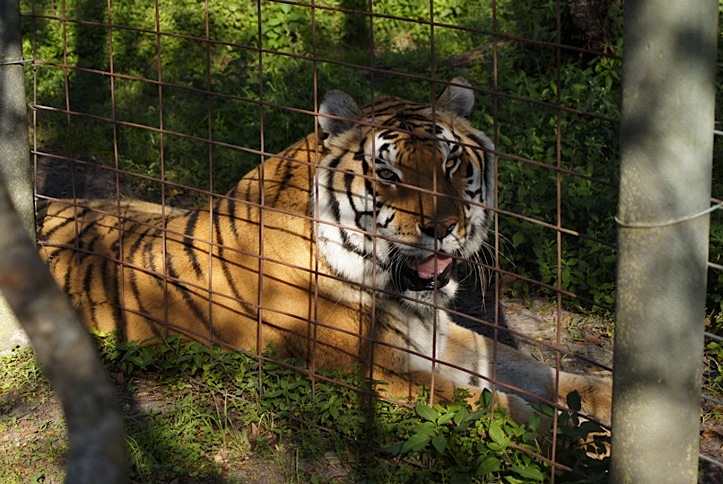 Jeff, the Director of Donor Appreciation of Big Cat Rescue in Tampa, gave me a guided tour of the cats’ new caged homes. They’re lucky to have ended up here, since the Big Cat Rescue can’t take in all the animals found in distress. There aren’t enough resources – be it money or space. Those cats that made it here escaped from death. But it’s still really sad to see them here and to know that they’ll never experience freedom again. They’ve never experienced the wild, their home – nature. They’re used to being fed at 4pm promptly and have forgotten how to hunt. In the wild, all these cats would starve. 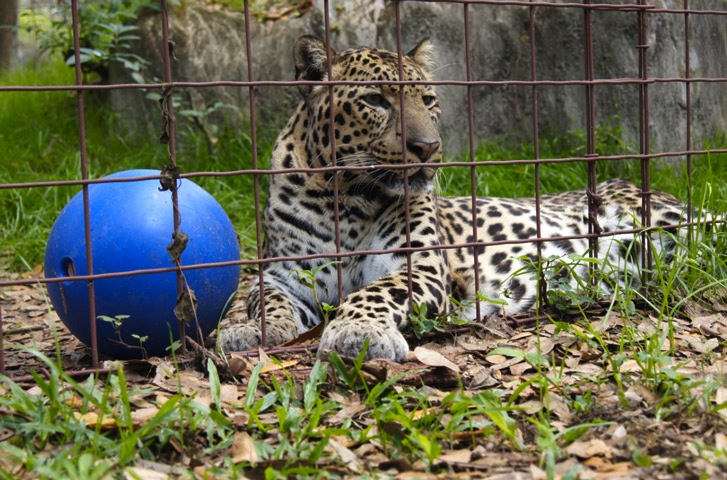 Tigers are solitary animals. Only those rescued together are kept together, like the three golden tigers and the one white tiger at the Big Cat Rescue. They were rescued from a crazy, money-driven woman who was using the tigers to make more money. First she removed their claws, then their incisors, to make them ‘harmless’. Then they were put in a cage. Tourists could come and live in her house, ‘living with the tigers’, for 3000 US$. At the end of the week, they had their photograph taken and were given a certificate as ‘tiger trainer’. I wish the stories I heard weren’t real, just myths, but sadly they’re all true. 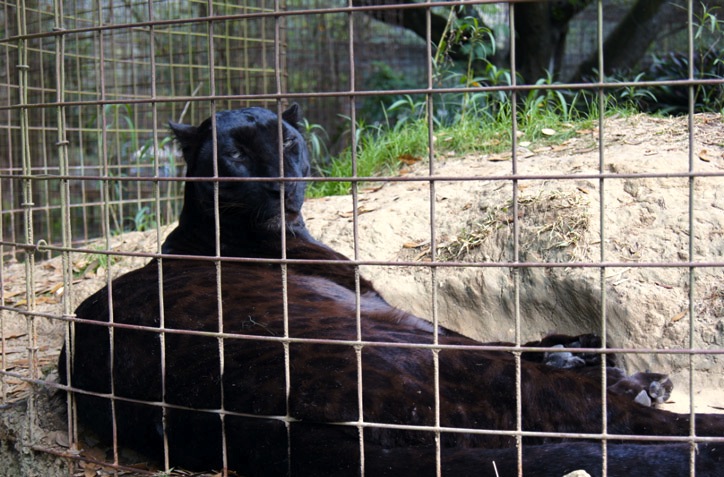 Humans are interested in being close to tigers and don’t mind paying vast amounts of money for the experience, which means that there is always someone willing to exploit the poor beasts to make money. The GW EXOTIC Animal Park in Oklahoma is the largest animal exporter. On 16 hectares 1400 animals are bred and kept – from bears to elephants. Cute animal babies lure in visitors. For 200 Euros you can have your picture taken with a lion cub, for 50 Euros you can cuddle with a monkey for 5 minutes. And when the animals are fully grown they’re sold to zoos or the fur industry. 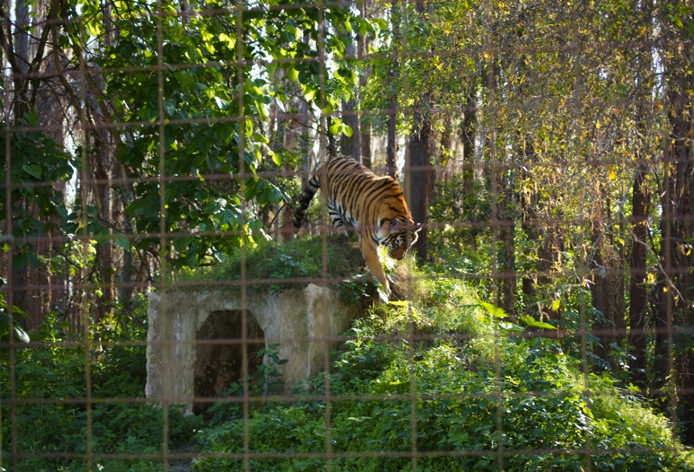 It is incredible what conditions and laws enable the possession of exotic animals in the USA. Only when the animals become a threat to the population do the authorities intervene, such as in this story in Zanisville, Ohio. A private zoo owner let his private collection of wild animals out of their cages before committing suicide. More than 50 zoo animals, including Bengalese tigers, grizzly bears and orang utans were suddenly roaming the town. 48 of them were shot. Their owner had previously spent a year in jail for cruelty to animals (amongst other things) and had been released in 2010. Despite this history, he’d been able to buy and keep all these animals. How is that possible? The two surviving animals ended up at Big Cat Rescue in Tampa. 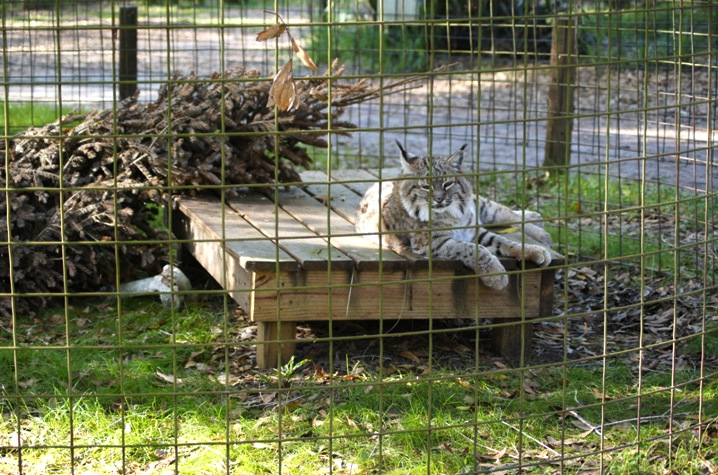 After my visit I had a horrible head ache because I was so angry at those people keeping wild animals without knowing what they’re doing. Without understanding the repercussions of their actions. Defenceless animals being used for profit. It makes me so angry to see people make money out of powerless creatures. I don’t ask for much, just please, if you’re reading this, PLEASE never ever go to the circus. PLEASE never buy a fur coat again. PLEASE boycott zoos. And PLEASE start thinking about your own actions. This is just a small step in the right direction. And these are only a few stories of animal cruelty – the whole picture is so much worse… 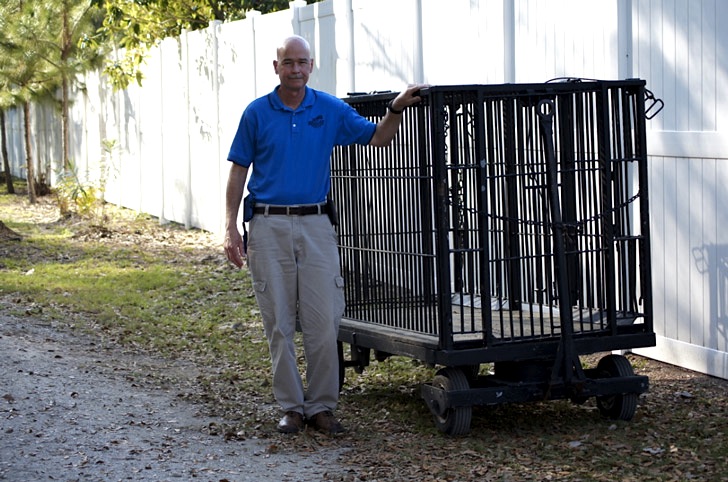 The law says that tigers are allowed to be kept in a cage like this for 60 days without having to be let our for exercise. The law doesn’t even state for how long  the tiger is supposed to be let out for after the 60 days have passed – in and out, 20 seconds, would be enough. But seriously, who even monitors whether the tigers are let out at all? Flavio is one of the tigers saved from conditions like this. 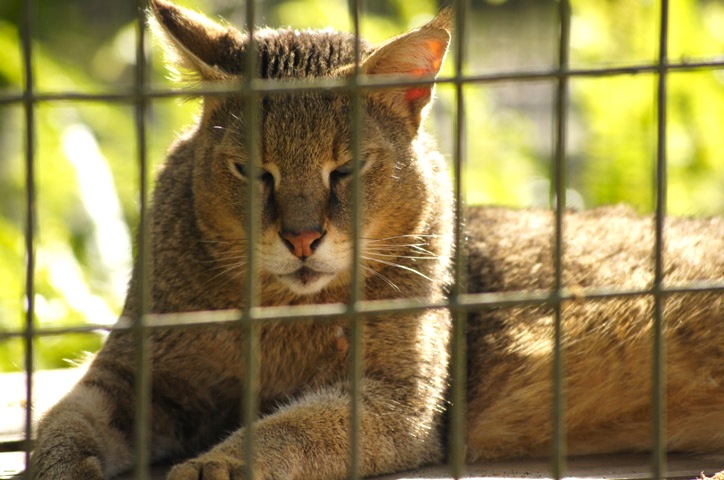 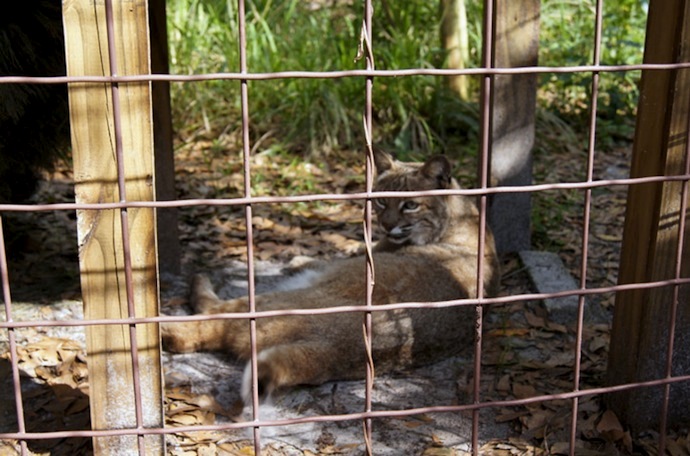 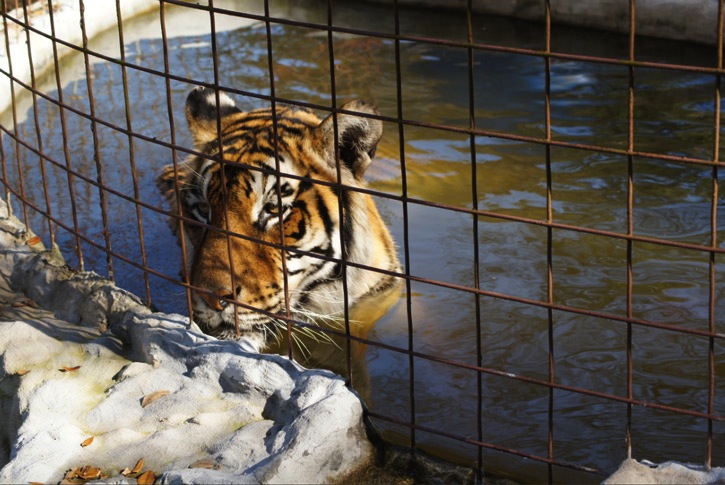 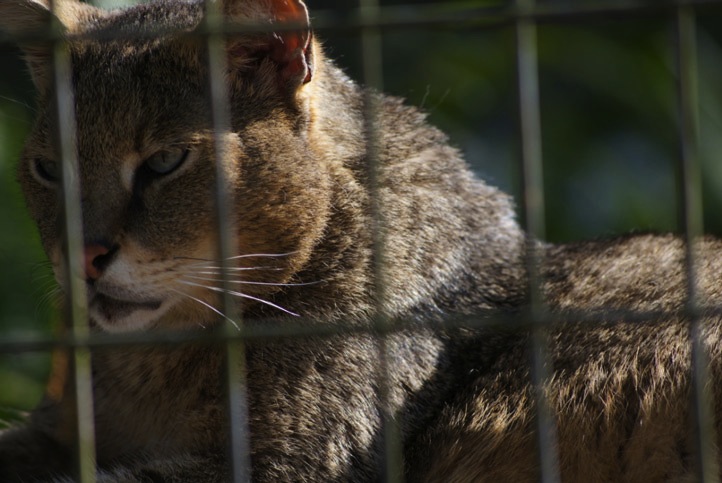 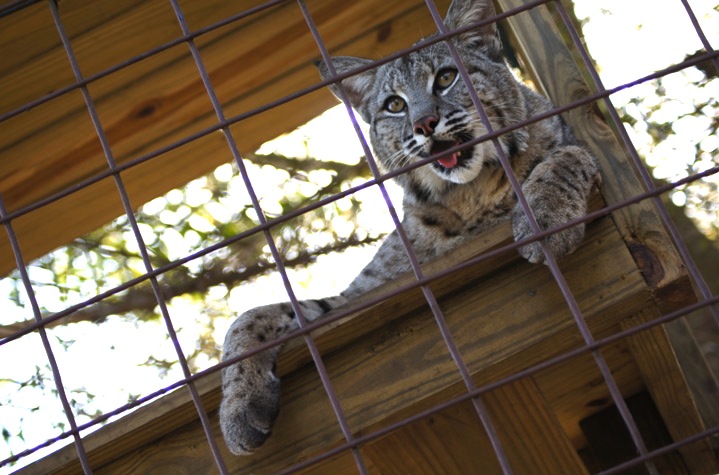 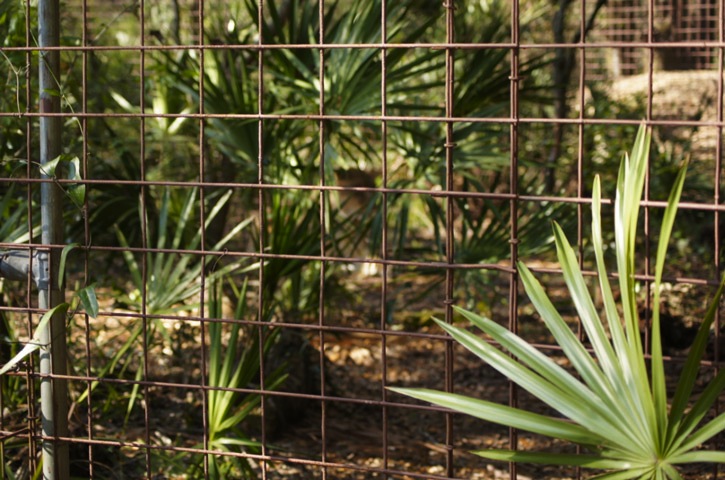